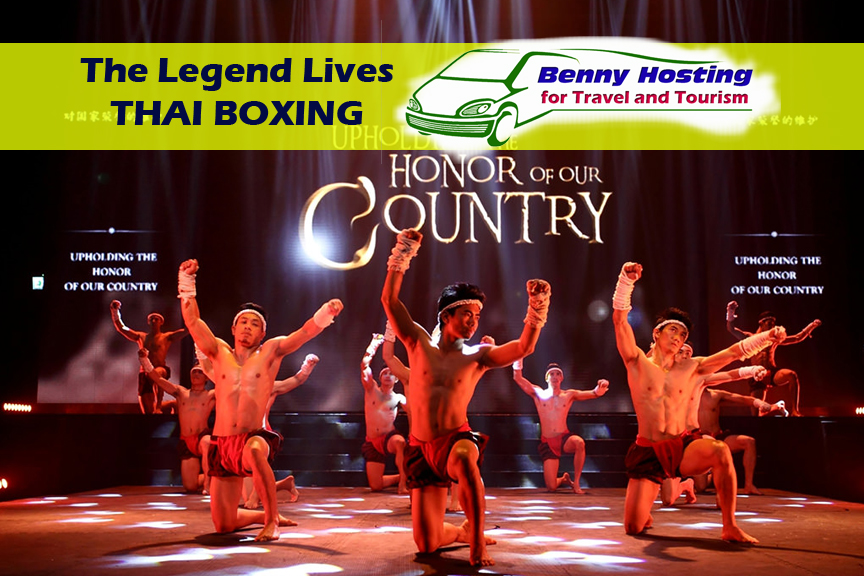 A tale on the story behind martial arts, traced back to the days of ancient Siam, Muay Thai Live has all the makings of your favorite action film – live! Follow the heroic protagonist and femme fatale in their encounters with threatening villains in a spectacle of martial arts, sword fighting and impressive acrobatics. Expect to laugh out loud or gasp in awe, with this showcase of Thai boxing that tastefully caters to audiences of all ages, featuring riveting choreography and a budding romance to mind blowing fight scenes. It’s a full 90 minutes of old-school fights, all the way down to 21st century streets, so find your seats and make yourself comfortable. Don’t forget to pick up a souvenir on the way out! 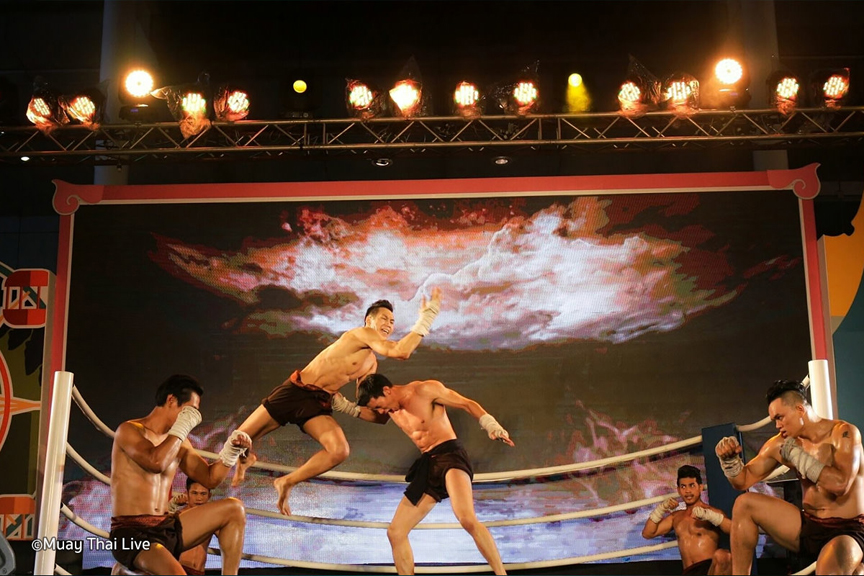 To get an idea of what to expect, imagine a montage of fight scenes from your favorite Hollywood movie – just all performed a matter of meters away from where you’re sitting. The engaging plot and sheer athleticism of the actors is enough to get the children up on their feet in excitement, and although all choreographed, there’s nothing fake about the impact of the punches, kicks and body-slams. There’s also sword fights complete with sparks – as well as a decent arsenal of other weapons and props giving real substance to the Muay Thai Live show. 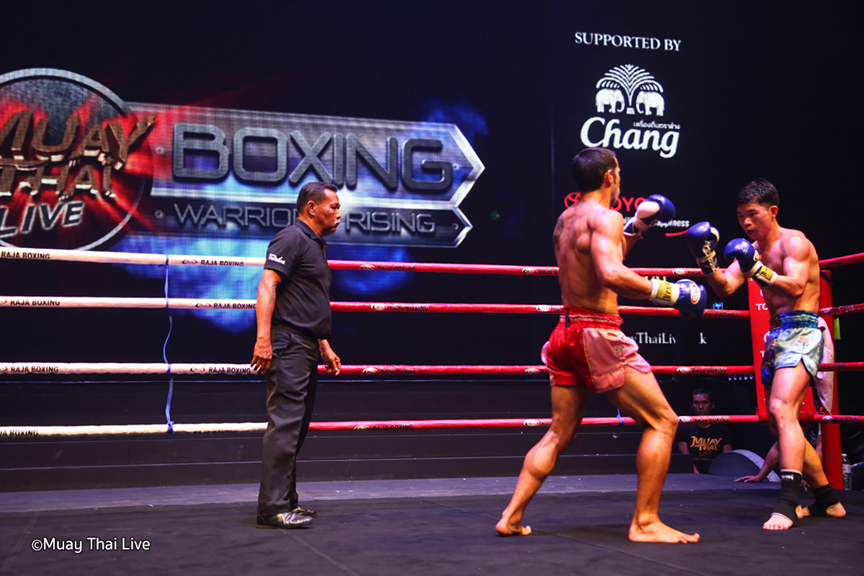 The story of Muay Thai Live: The Legend Lives (to give it its full title) begins in ancient Siam, tracing the routes of this ancient martial art. As with any typical theatre show, you’ve got your main good guy, series of bad guys, the beautiful girl and the token drunk village idiot. Although the show does follow this tried-and-tested theatre formula, there’s nothing ordinary about the fighting action. Impressing us particularly were the impossible flying jumps and acrobatics across the interactive stage as well as some fascinating tutorials of genuine Muay Thai moves performed by the actors/fighters (who are all clearly no strangers to the gym!) 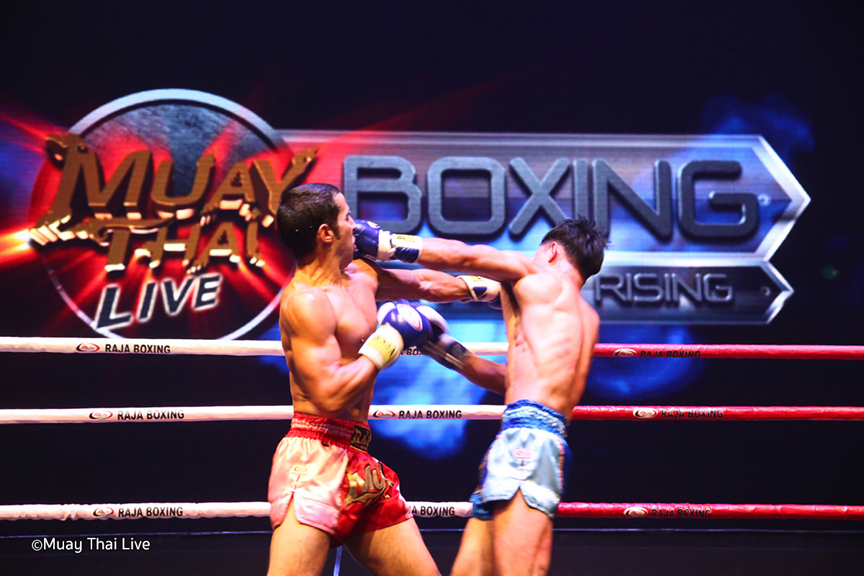 Partway through, the show’s dynamic is altered dramatically when the skimpy traditional Muay Thai costumes and old-age village setting ancient Siam are swapped for the skinny jeans and 21st century warehouses of Bangkok. We don’t want to give too much away – but this change of context really gives a welcoming extra element to an already enthralling narrative. The show was created by the internationally acclaimed Ekachai Uekrongtham, director of the award-winning film Beautiful Boxer and Thai musical Chang And Eng. 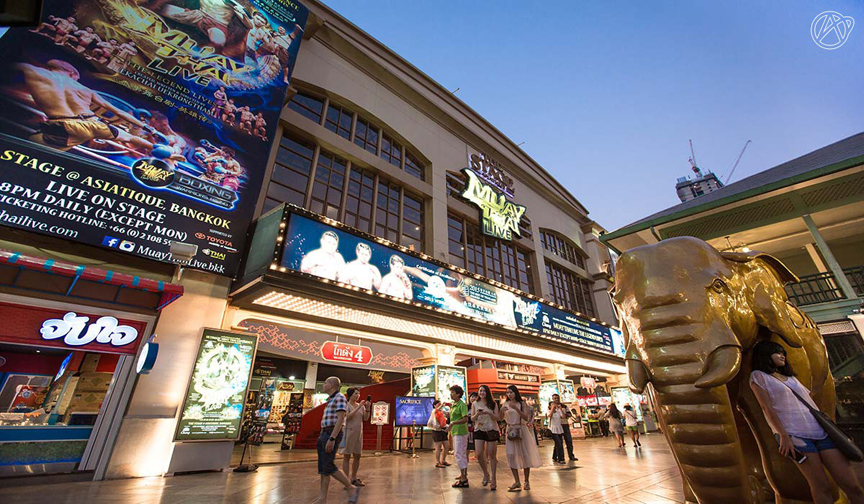 A new addition to the show sees a more realistic conclusion; The ‘Warrior Rising’ segment features some of the rising stars of Thai boxing who battle it out in the ring to win the fight each night – no acting here! 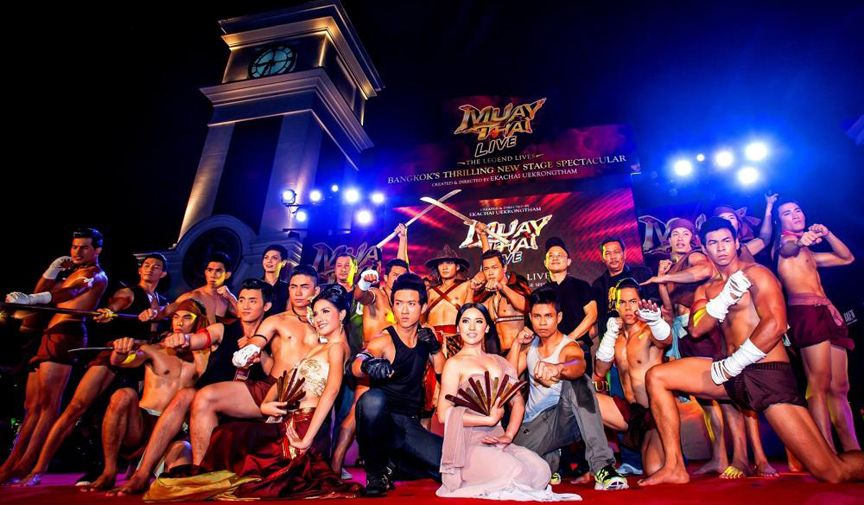 Bangkok isn’t exactly famed for its abundance of live shows or quality theatrical performances, so we have to admit we came with some mixed expectations. In all, however, the show more than lives up to its promise of ‘hyper-real Muay Thai fights’ whilst successfully combing culture and entertainment, with some romantic and humorous elements thrown in for good measure.